Using my hands to turn an idea into an object makes me feel good. I build things whenever I can. While starting a popcorn company fits, it’ss not exactly what I’sm talking about. I’sm talking about the kinds of projects that start with a sketch and end a few days later with a sense of pride and a really sore back.

This isn’st quite in line with what QP needs right now, and with only four of us, there isn’st room for hobbies. With that, I’sve sought out every opportunity to create what can’st be bought.

It started when we needed white boards. A few weekends later and we had rolling magnetic whiteboards. They are as solid as rock, and used every day. Then we needed a spot to sit together. A place to eat and talk. 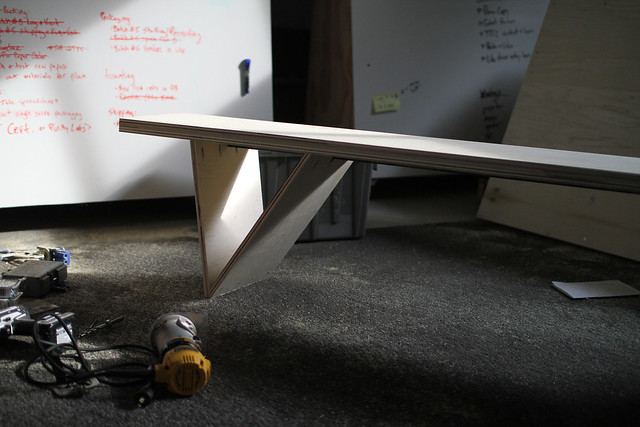 This one nearly killed me. A thunderstorm swept in while I was sealing the wood. I was alone and had no choice but to ‘s˜roll’s the 200 pound table end over end into our warehouse. We both survived, barely. 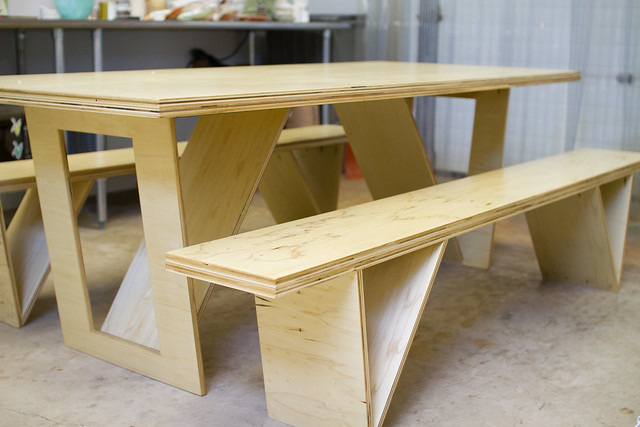 Most recently we had to create a booth for Expo East. This was our first big show, and we had to stand out. Trade show booths are typically roll out banner affairs. They are compact and easy to move. Our both ended up weighing 2,500 pounds, and it filled our 30ft UHaul. So much for light and compact.

It started with us throwing ideas around the office, and few quick sketches. For a while the leading idea was to have a real grass floor and project Duck Hunt across the whole back wall. I still think that would be awesome.

I then started mocking things up in Sketch Up, a super easy to use 3D drawing program. This made it a little more real and gave everyone a chance to weigh in. It also gave me a chance to wedge in some atomic era details.

Next the complicated pieces were drawn in CAD to make sure it would all go together. Then we started to build. It took all of us to pull it together. 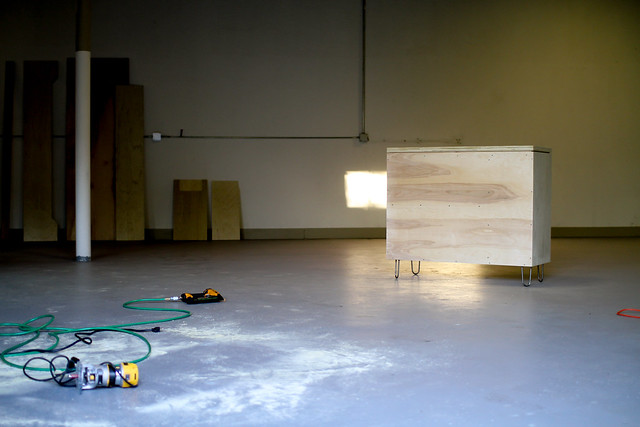 The small bar was built first just so we could say something was done! 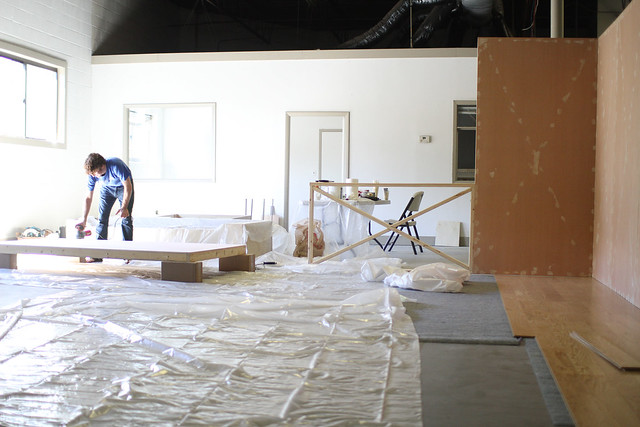 Painting is fun…for 15 minutes. We starting to feel like we were building a house. 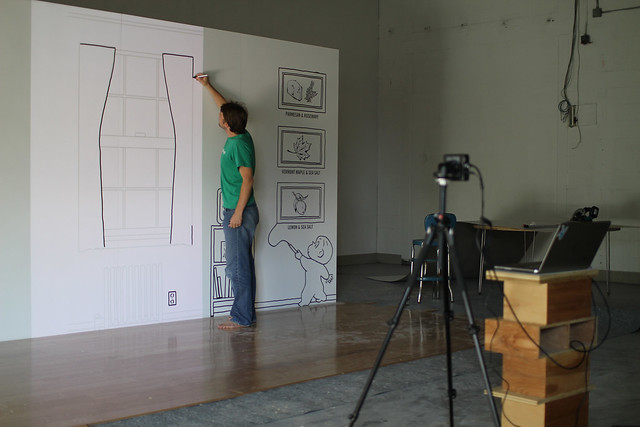 It came down to the wire as these things always do. Two days before we were set to go Kevin said to me, ‘sœSo this is 8 feet?’s I said, ‘sœNo, it’ss 10. Why?’s He was right, the booth was 2 ft too big. I spent that night sawing and mending. The paint was literally still tacky when we loaded it onto the truck two days later.

In the end the booth took way too long to build and cost way too much money, but it was perfect. Before we opened our mouth, our booth said everything about who Quinn Popcorn is and how we are doing things differently.

From 20 feet away it looked like we were a bunch of kids playing house. Up close it was clear that it was homemade and that we were obsessively devoted to our mission. There is no shortcut that could have said that. 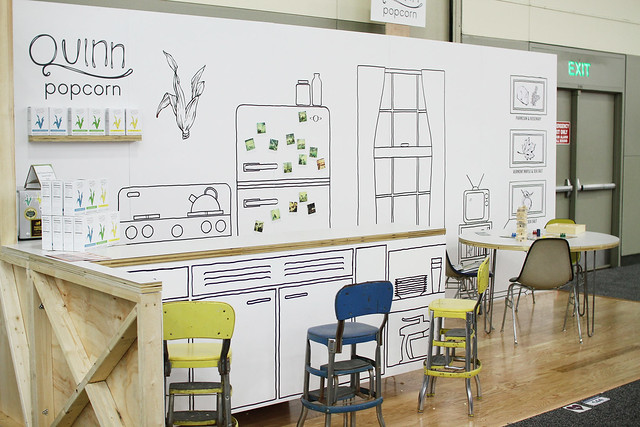