I posted the box dieline yesterday, but it’ss impossible to get a feel for the package from that.  This post shows just about every piece of our packaging exactly how it will look on the shelf.  I hope you guys like it…I mean it was kinda your idea.

At this point we are finding small errors and fixing the ones we can and ignoring the ones we can’st.  I would love to get everyones feedback on the details and the copy and go through another round of improvement.  The thing is, we need “done” more than anything else right now. I’sm not great at “done”, and it’ss hard for me to hit send on this. But I did and it’ss sent; in some cases already printing.  Don’st get me wrong, I am very happy with it, but we could always make it a little better…

This is getting a little detailed, but if you are curious, here it the basic workflow:

– All of the layout and design was done on graphic mock-ups to give a better idea of how the real thing would look.  These mock-ups are based on photographs that are so edited that virtually none of the original photo remains.  Basically it equates to several hours in Photoshop to get a blank package that looks really clean.  The photo above is also a mock-up as I have not yet made a decent looking physical box prototype that I can photograph.

– Next the mock-up image is imported in InDesign where the layout happens.  All of the other artwork is pulled in and I shuffle everything around for a few days.  About 98% of the layout experiments end in dismal failure.  Nothing about this part is linear.  It’ss all about trying something, learning from it, asking for advice/opinions, and then trying something else.  You guys were a key part of reigning in this loop.

– When the layout is finalized it is transferred to the dieline.  This is pretty straightforward, but it’ss easy to make a costly error as well.  This finished dieline is sent to the printer which is the beginning a 2 to 5 round back and forth. There is always something and it takes a few tries to work the color and font bugs out.

– The printer sends up a final proof we okay it.

– Kristy’ss mom finds a spelling error and we stop everything.

That sounds worse than it is.  It is just something you work through.  It’ss not clean, it’ss not linear, but it does feel great when it’ss done.

These are examples of the spice and oil pouches- front and backs.  We saw a lot of confusion with the prep steps so we highlighted some additional instruction on the pouches themselves.

The box layouts look pretty similar to the last time you saw them. The copy and layout changed a little but mostly there was a lot of detail work to do.  Kristy found a few companies that helped us make the nutrition labels and the bar codes. As you know, the “vertical” husk won out with the group and it was the direction we took for the box front.  I am so ready to go the other way, but the comments and the poll made the decision pretty easy. 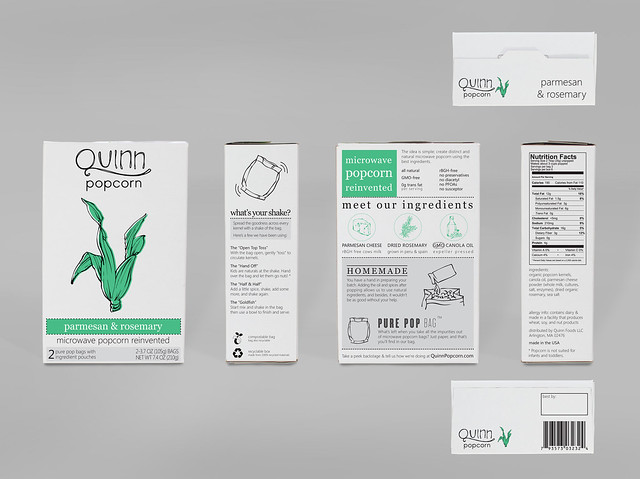 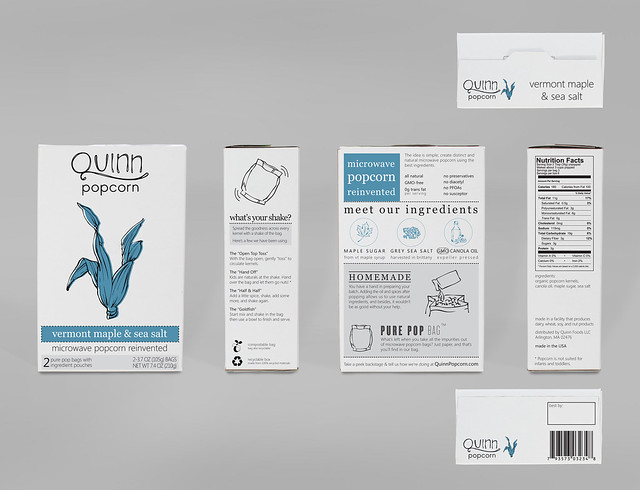 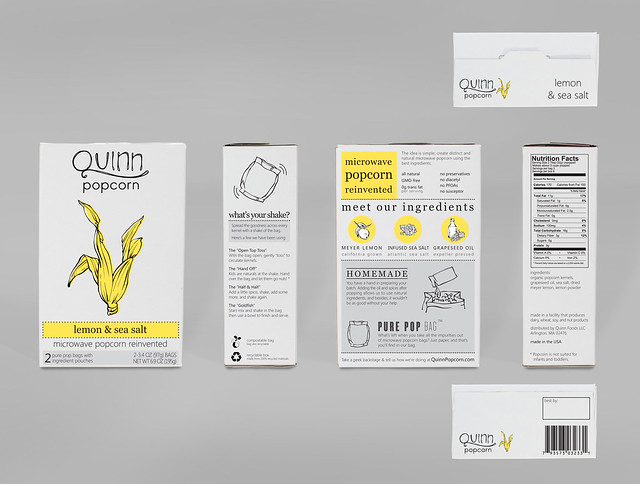 The bag is old news to this blog, but this is the final version.  We hadn’st designed the “Pure_Pop” logo yet so it went to print with just bold text.  Not a big deal, just something to fix next time. 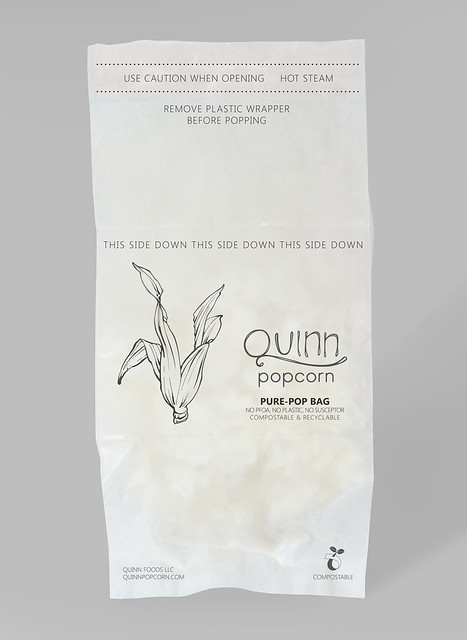 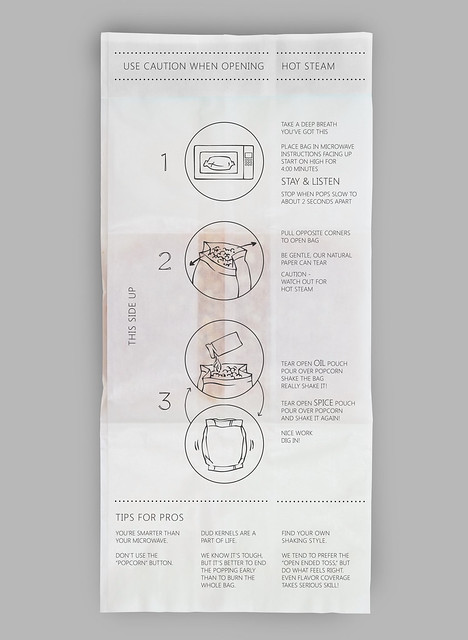 Even though these are mostly baked and shipped at this point, we would still love to hear feedback.  This first run is really small (6000 boxes…which feels huge to us) and with luck we will have a chance to evolve the look of Quinn Popcorn over time.