My goal here is probably becoming clear. I will continue to post about the package design until you are all so beaten down that anything and everything will look good enough. Seriously, sorry for the lack of variety, but that’ss just how this works. This box is my life right now. This post shows a few versions of the front of the box in context (a planogram in industry speak). Also, since the flavor poll was a huge source of guidance for us I am starting a new poll for the box front (please vote!). I seriously don’st know which direction to pursue.

Feedback so far on the box has been awesome. It seems like most people are digging the new “Quinn Seal” front, but we just aren’st sure. We printed all of the options out to scale and the “vertical” version was pretty nice; so clean.

Up first is the “vertical” version labeled “a”. To me this one is so clean. The front of the box is probably 75% unprinted white. At the same time the negative space created by the interplay between the logo and husk is really awkward. Sometimes it feels like it looks a little ghetto…but maybe in a good way. Are you still following me?

I doubt many markets will be willing to take three flavors to start so I made two planograms to show the two likely scenarios. 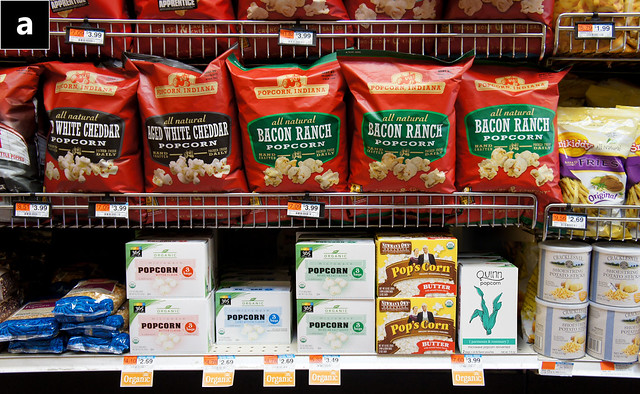 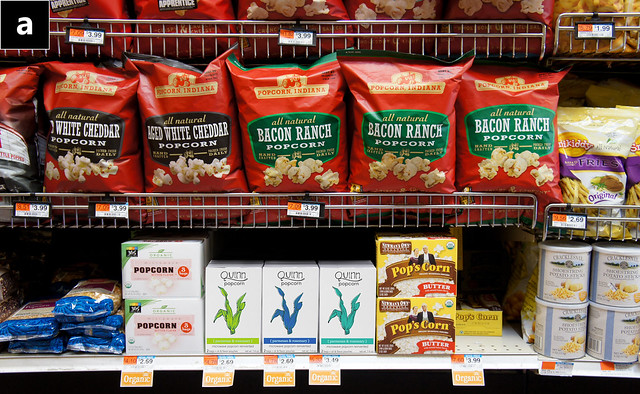 The second option is the “Quinn Seal” and is labeled “b”. I actually love this one, but I am worried about all that personality. It looks designed for sure, but is it really us or is it just cool looking? Does it look like we are trying hard? Does it make you think pure ingredients? I just don’st know. I’sm too close to it. 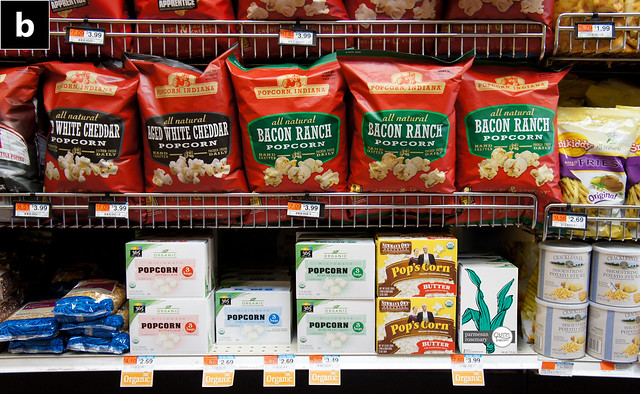 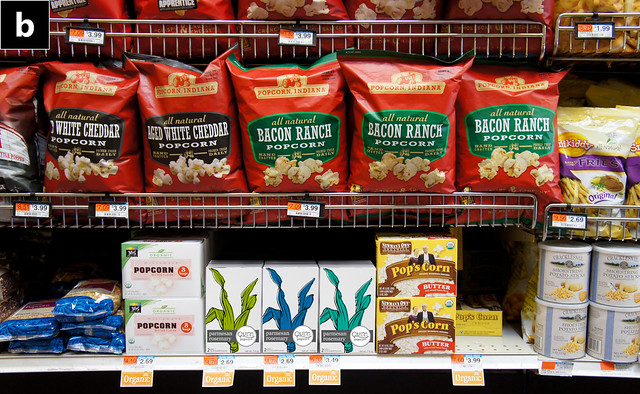 The first HUGE problem that this planogram illuminates is the position of microwave popcorn. What the hell happened? Really, bottom shelf! Microwave popcorn has to be the most forgotten grocery product category. That is both potentially awesome and terrible for us. Time will tell.

So, take a look at the images. Step back and squint. Which grabs you? Which sends the right message? Which of those two is more important?  Vote!

(Don’st mind the colors, we are still working on that!)