We found our cheese!

It’ss amazing how hard it was to find a cheese free of recombinant bovine somatotropin, (rBST) or recombinant bovine growth hormone, (rBGH).  This artificial growth hormone was first developed by Monsanto.  For those not familiar with Monsanto, they are the world’ss leading biotechnology company and the leading producer of genetically engineered seeds’s¦ I won’st get into this, but like many, I am not a huge fan.  It’ss been impossible to find growth hormone free cheese in the United States.  We are the only developed nation that has allowed these hormones to be injected into our cows, which then finds its way into our milk, cheese, and yogurt.  Coulter and I have found organic cheese, but that comes with a hefty price, triple to what a standard cheese cost, and sadly we can’st put this into our product because it would raise the retail price significantly.

The next best thing to organic cheese is one that is free of rBST or rBGH. Since our initial quest was to find Parmesan cheese powder, and since true Parmesan cheese, Parmigiano Reggiano, has to be made in northern Italy, specifically within the provinces of Parma, Reggio, Emilia or Modena in order for it to be the real deal, I found myself contacting large and small dairy farms in this region.

I emailed about ten farms and only one got back to me, the smallest one. The best part, the owner/farmer used Google translator to email me.  It was a bit choppy, but after a few takes, I figured out that he was shipping me powdered Parmesan cheese!  I am not sure if it’ss dehydrated, which is what we need in order for it to be shelf stable, but I am in love with that fact that he used the translator to write me back, and I also used it to write him back… which is why I think some of this got lost in translation. That all said, it was the best part of my week- being able to connect with someone in Italy, specifically an old school artisan cheese maker, and neither one of us being able to speak the other’ss language.   I will let you know when/if I receive the cheese!

So, the chase to find this cheese powder has been an exciting one.  Finally, after a billion phone calls around the country and over in the UK, emails upon emails, and leads from amazing food companies such as Evol Foods, we finally found it!! 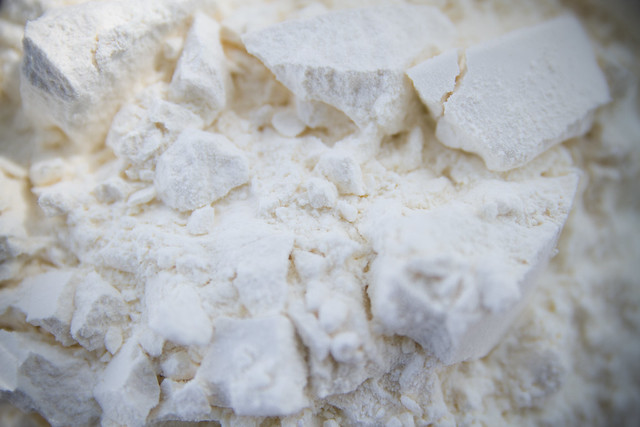 Our powdered parmesan cheese will be coming from a dairy farm located in Kentucky. They only bring in milk from farmers in the area that don’st treat their cows with growth hormones.  They turn the milk into Parmesan cheese at one of their locations and then turn it into a powder at the other.  It’ss creamy, velvety, and seriously awesome. Mission complete.